Ever since I started with pinhole, achievements were made such as acceptance for group exhibitions, publications, solo-exhibitions, etc. Below a few that I’m proud of, the list continues to grow, I hope… 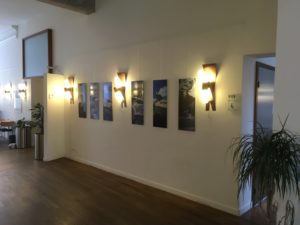 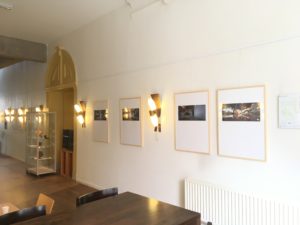 Café Blackbird/Utrecht, April 2017, Travel Photos
In “Overvecht Centraal”, my B/B series was shown.
This is the announcement flyer (in Dutch) : B/B series flyer

In the Utrecht/NL public library, I showed a set of pinhole images made in Utrecht, and also showed some cameras to explain the technique: Utrecht Lensloos
Here’s a picture of that setup: 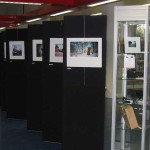 I was accepted for the prestigious exhibition “Foto Nationaal 2009”, which is a juried exhibition traveling through NL each year. What makes me extra proud is that this is not a toy camera or pinhole show, it’s a general photography exhibition which aims to bring out the best of the non-professional scene in the Netherlands. It wants a coherent series of 5 images be sent in for judgment by a professional jury.
Here’s a pdf with the jury result of that year and the set of images that was accepted FN2009 uitslag

I have been in the Pinhole Exhibition of the Japan Pinhole Society (JPPS) several times, this means that my work was displayed in Tokyo! This group holds a beautifully staged exhibition every year, sadly I was not yet able to join the opening reception 🙂 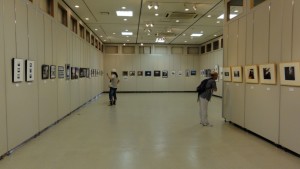 In Patagonia, a pinhole exhibition was staged in 2014, I was accepted, and so my work was displayed deep down in South America. Again, I was not able to join for the opening. They did send me a sort of diploma though: 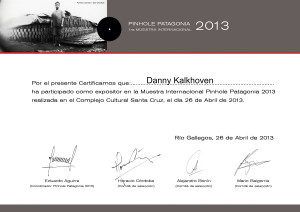 And I have been accepted for a group pinhole show in Le Bourget (Paris) several times. This show sends a call for entry with a specific theme, which is a nice challenge and gives you focus to translate this into a series of images. On one occasion, I came to Le Bourget to join the opening reception, and met a lot of fellow pinholers from all over the world. Here’s proof 🙂 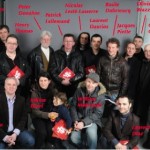 The show then traveled to Barcelona and further, and after that it was lost, so my work (four images on forex) was never returned. But I still have the negatives of course, and will write a blog and show the on this site soon.
It’s on the four classical elements, Earth, Water, Fire and Air.

My first pinhole article was published in the magazine “Light Leaks”. It’s gone now, but I still have one copy… The article is here on the site: Twelve exposures

My London trip article was published in Dutch on fotoclub.nu  and in English on the site of Moni, Pinhole Obscura (great site!), and it’s also on this site in the articles section.